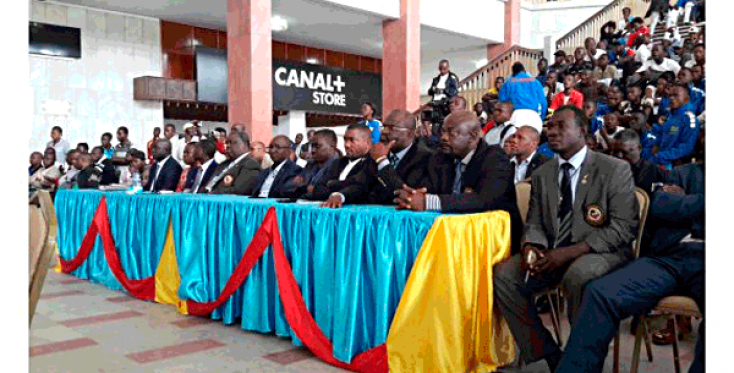 Recently, the 10th Championships of UFAK Zone 4 have been held in Kinshasa, Democratic Republic of Congo (RDC), from the 22nd until the 28th June 2015 under the patronage of H.E. Mr Joseph Kabila, Head of State, and under the presidency of H.E. the Minister of Youth and Sport of RDC. In representation of the UFAK, the Continental Federation, the following UFAK leaders were present:  Mr Dieudonné Okombi, Zone 4 President, Mr Paterne Dicka, Zone 4 Vice-president, Mr Emmanuel Wakam, Zone 4 General Secretary, and Mr Mahadi Kassoure, Zone 4 General Treasurer.

Before the beginning of the competitions, a Referee Seminar was held, lead by Mr Tchang Wei Tchang, UFAK Zone 4 Referee Commission Chairman, with the participation of 34 Referees, at the Boboto Centre sports hall on 24th and 25th June. Likewise, Mr Olinga Smith Albert, Technical Director of UFAK Zone 4, organised a Coach Seminar, with the attendance of 11 coaches.

The following countries participated with a total of 92 athletes at the event: Chad, Cameroon, Congo Brazzaville, Gabon, Central African Republic and Democratic Republic of Congo. The individual categories were held on Friday 26th June and the team categories took place on Saturday 27th June at the Palais du Peuple de Kinshasa. The Opening Ceremony counted with the presence of the First Vice-president of the Senate of the RDC and all present were addressed at the occasion by the President of the Karate Federation of RDC, Mr Mussendu, the President of UFAK Zone 4 President, Mr Okombi, and the Vice-president of the Senate. Other major authorities, such as the Minister for Youth and Sports of RDC also actively participated in the event and at the medals awards ceremony.