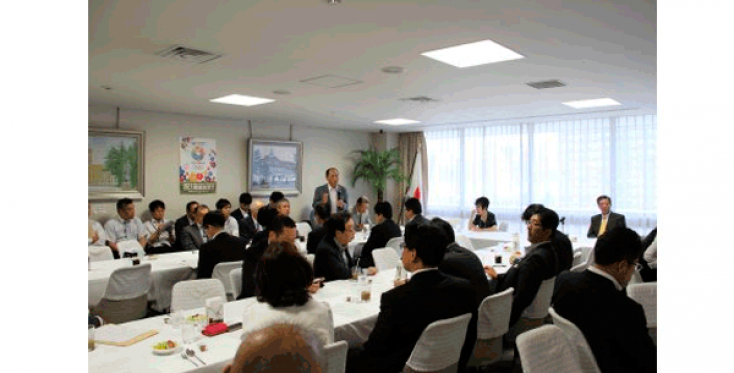 This foundation has been established in 2014 with more than 150 Diet members of Japan in order to support Karate’s intense campaign seeking inclusion in Tokyo 2020 Olympic Games.

At the beginning of the session, Mr. Masahisa Sato, Secretary General of the foundation announced that Karate has passed the first phase of Tokyo 2020 additional event selection.

Following this delightful announcement, Mr. Sasagawa made a speech stressing JKF’s will to continue active works together with WKF until the day our dream will come true. He also noted that WKF and JKF are preparing for the IF interview by Tokyo 2020 organizing committee next month, and they are ready to answer any kinds of questions.

Finally, all foundation members re-confirmed their decision to fully support  Karate for Tokyo 2020.