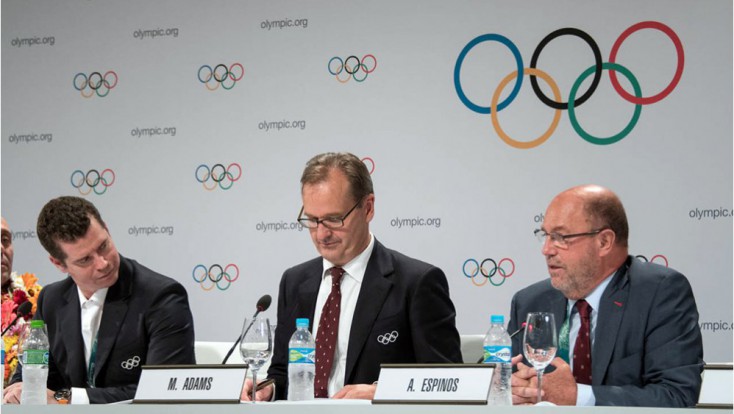 The world of Karate keeps showing gratitude and excitement a week after the historic decision of the International Olympic Committee to add Karate in the sport programme of the Tokyo 2020 Olympic Games. As the ancient discipline celebrates the one week mark of the memorable moment, waves of joy continue spreading among all the members of the sport.

The 129th Session of the International Olympic Committee held in Rio de Janeiro decided to incorporate the sport of Karate in Tokyo 2020 Olympic Games. It was a historic milestone for the sport and a long-awaited moment for Karate fans around the world, who soon after the announcement showed their enthusiasm for the decision.

Many enthusiasts of the sport took social media to express their emotion for the news coming from Rio de Janeiro, and got to demonstrate their passion for the discipline in hundreds of posts. Karatekas from all over the world continue portraying the support for the sport in hundreds of pictures of the “Say Oss” campaign which was implemented by the WKF.

The selection of best photos of the “Say Oss” campaign can be found clicking here.

Karate Stars also took the opportunity to show the magnitude of the inclusion of Karate in Tokyo 2020 Olympic Games. In videos posted on WKF’s Facebook page, some of the biggest names of Today’s Karate stated that the decision was a dream come true, and most of them hoped to be able to participate in the historic event in Tokyo.

All the videos of Karate Stars can be watched here.

Not only current top Karatekas expressed their joy for the news; some of the greatest Karate legends of all times did not want to miss the chance to celebrate the historic moment and participated in a video that proves that today’s, yesterday’s and tomorrow’s Karate all are together in the Olympic dream.

Many congratulatory messages from institutions and different entities have reached the WKF headquarters thus crowning the general support which was received following the IOC’s decision.

“It is an incredible day for Karate. It is a moment of great joy and it will be on our minds forever,” declared WKF President Antonio Espinós right after the announcement. One week after the historic day, the echoes of the memorable moment for Karate still persist.