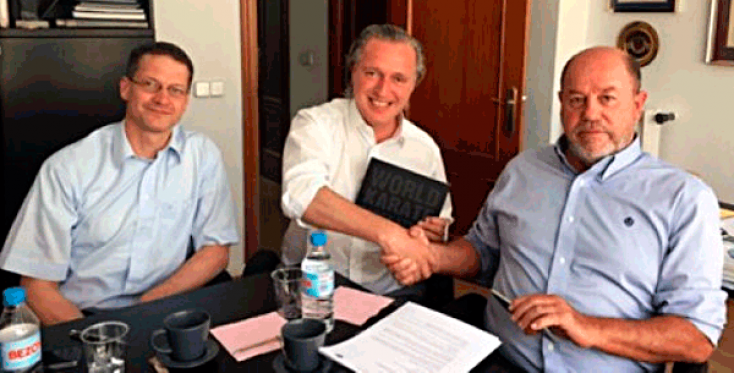 They joined hands in Madrid and experienced a pleasant introduction. Together they expressed their intention to continue the constructive working relationship which the previous government already formed, and to expand in the future the existing cooperation.