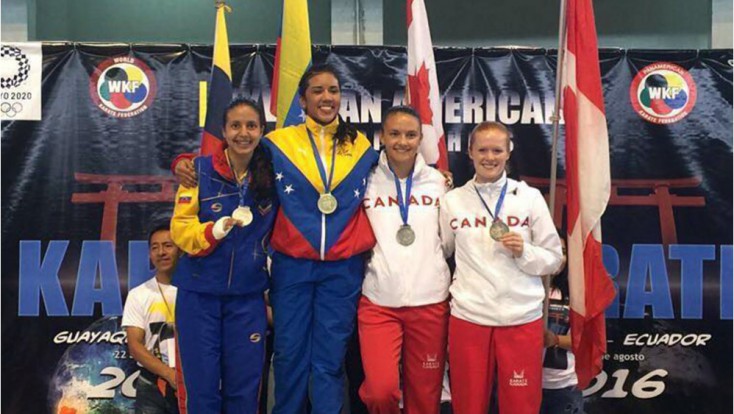 The city of Guayaquil (Ecuador) hosted the 28th edition of the PKF Junior, Cadet & U21 Championships. Over 700 youngsters from 22 countries gathered during a week of competition to clash for gold and to showcase their outstanding abilities in the up to 50 categories of the event.

The future figures of Pan American Karate had the opportunity to demonstrate their progress and their passion for the sport in six days of action. The Coliseum «Voltaire Paladins» sports hall was the venue were Karate fans could witness the excellent level of performance of over 700 competitors up to 21 years of age. More than 20 nations were represented with Brazil, Ecuador and USA competing with the largest delegations.

Team USA topped the final standings of the tournament with a tally of 29 medals, ten of them gold, followed by Brazil and Venezuela with 32 medals each.

Throughout the competition the upcoming stars of Pan American Karate confirmed the outstanding influence of this ancient discipline at early ages as well as the impressive impact of Karate among youngsters. Participants also had the chance the experience memorable days with other young athletes from all over the continent.