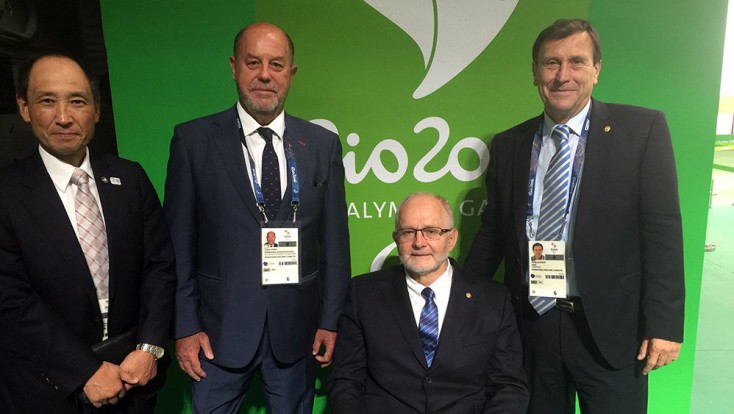 The WKF consolidated its strong ties with the Paralympic movement and stated its intention to promote Para-Karate, as a delegation of the World Karate Federation visited the Paralympic Games in Rio de Janeiro.

During the visit to the memorable event in the Brazilian city, the WKF representatives met with International Paralympic Committee President Sir Phil Craven. In the gathering, the good relations between the World Karate Federation and the International Paralympic Committee were further reinforced, as the WKF reaffirmed its commitment to expand and promote Para-Karate.

The World Karate Federation was accepted by the IPC in 2015, and the visit of the WKF delegation represents an opportunity to renew the WKF’s strong ties with the International Paralympic Committee, the institution claims.

“The WKF is committed to developing Para-Karate, and the evolution of this modality plays a crucial role in our strategy for the next years. Our ancient discipline has always been distinguished by our strong values of social integration, overcoming difficulties and universality; Para-Karate is essential in our aim of further reinforce our idea that ‘Everyone is Karate’,” said WKF President Antonio Espinós.

The WKF celebrated the first edition of the Para-Karate World Championship in 2014. Nearly 50 competitors from over 20 countries participated in the event, and this number of participants is expected to be highly increased in the 2016 World Championships in Linz.