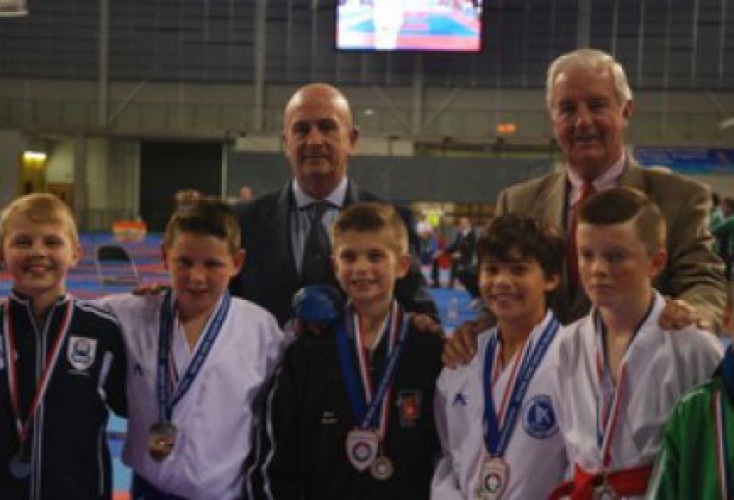 The British International Karate Open 2014 took place in Glasgow at the superb Emirates arena, host venue for the 2104 Commonwealth Games. With over 1250 entries, this was the biggest karate event ever held in Britain. The 9 Mat area took just under 12 hours to complete thanks to meticulous planning and implementation by the event team and the professionalism of the 61 WKF/EKF/BKF and National Referees and officials who supervised the Tatami.

The event was live streamed through the Sportdata website and was observed by over 40 countries, 30 of which were from Europe. The medals were evenly spread with some notable performances from the foreign visitors who were using the championships as a preparation for the WKF World championships in Bremen this November. We also had a disability Kata category and 2 of those who participated will compete in Bremen, in the first ever WKF World Championships for persons with disabilities.

We were honoured to have the Vice President of the International Olympic Committee, Sir Craig Reedie, and his wife Lady Rosemary, interrupt their Ryder Cup Golf weekend to come and present some of the medals. This was a huge endorsement from Sir Craig who is one of the most respected figures in the IOC. He and his wife were drawn to the children’s 10-11 year old Kumite event and stayed for over 2 hours chatting to the young kids, giving them encouragement and learning the finer details of our wonderful sport.

The next Open will be In Glasgow on September 5th 2015 and we look forward to seeing you there.