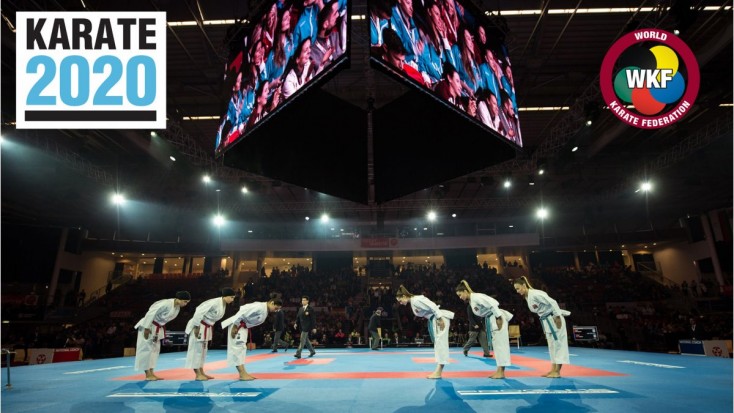 The countdown to the Tokyo Olympic Games is on. With the postponement of the Games to 2021, the clock is reset again as we reach the #1YearToGo mark. Karate’s debut in the Olympic Games will take place in Nippon Budokan from August 5 to 7, 2021.

The World Karate Federation is joining the International Olympic Committee and the rest of the Olympic sports in celebrating one year to go until the start of the postponed Olympic Games.

The opening ceremony is scheduled for July 23, 2021, and the Karate competition is set to begin on August 5. The three-day Karate tournament at the Games will continue until August 7. No less than 80 athletes will compete in the eight categories at stake.

The WKF is taking part in the series of activities which have been planned to mark this occasion under the message #StrongerTogether. A set of videos to showcase the particularities of the sport and a social media campaign to engage fans in choosing the most anticipated moment of the Karate competition at the Games are two of the WKF’s initiatives to celebrate the date.

“We were set and ready to make our Olympic debut this year but with the postponement of the Tokyo Olympic Games to 2021, we have now more opportunities to make an even bigger impact at the Games. Now that we are reaching the one year to go mark, the excitement of the Karate world to finally see our beloved sport as an Olympic discipline is building more and more,” said WKF President Antonio Espinós.

“We are stronger together. The Karate world keeps showing that our sport can contribute with a tremendous added value to the Olympic movement. With the strength of the many values of our discipline, as our biggest asset, now we have one more year to demonstrate the excellence, global appeal and magnitude of our sport. Karate is coming,” added Mr Espinós.