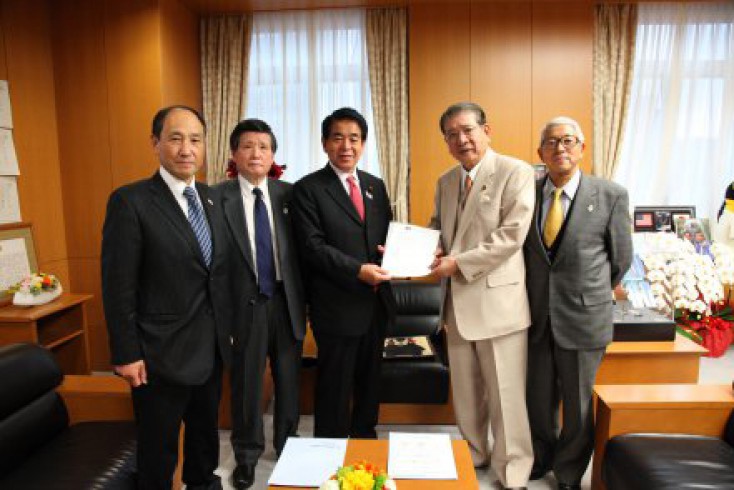 On December 25, Japan Karatedo Federation (JKF) President Takashi Sasagawa paid a visit to the Ministry of Education, Culture, Sports, Science and Technology (MEXT) and directly submitted a written petition to Minister Hakubun Shimomura with a fervent appeal that karate be included as an official event in the 2020 Olympics to be held in Tokyo.

The petition was drawn up by World Karate Federation (WKF) President Antonio Espinós and JKF President Takashi Sasagawa. Talks between Minister Shimomura and President Sasagawa with the accompanying JKF officials went very amiably from beginning to end. Minister Shimomura eagerly asked for details about the current state of karate activities and responded with a robust pledge of full support if karate became an official Olympic event.

Minister Shimomura expressed a keen interest in President Sasagawa’s noting that athletes with disabilities have been able to compete in karate events at world tournaments from early on, and with the inclusion of karate as an official sport, the discipline could be featured in not only the Olympic games but in the Paralympics as well.